It’s the image that most of us associate with the traditional bachelor party:  drunken and disheveled after a night of unabashed debauchery, the groom is carried home, his arm draped over the shoulder of his best man, a thin sheen of his own sick spackling the bottom of his chin.  He’s probably done at least two or things that are illegal in most states (four if it’s Utah) and been permanently banned from every strip bar in the greater Los Angeles area.  But, I’m going to let you in on a little secret.

I’ll agree… The groom probably will get himself a little drunker than he should.  And yes, he’s probably said something inappropriate to a waitress, a stripper, or even a nun or two.  And yes… OK, he might even think twice about the life he’s going to be missing after he takes that long, silent march of death down the aisle towards matrimonial hell.

But, is he going to be the most “out of control” guy at the bachelor party?  Is he going to be the guy who indulges in bacchanalia scope proportions that would make Caligula blush?  Nope.  No way.  That nefarious little title will actually end up going to – one of his best friends.

It’s strange how it never fails.  I’ve seen it in almost every single bachelor party I’ve gone to so far.  It’s even happened at both of my own bachelor parties (yep, I’ve been married twice now).  There’s always one person – usually someone you’d least expect and who’s probably already married – that totally and completely loses all grasp upon what the night is supposed to be about (hint: not him) and makes a total and absolute ass of himself.

At my first bachelor party, the guilty party was a co-worker of mine.  To protect the (not-so) innocent, we’ll call him Paul.  It all started off at the bar in the restaurant before dinner.  I watched as Paul stepped up and ordered his first gin and tonic and also generously bid the bartender fix me up a cup of my favorite poison, as well.  I took my drink and started to mingle with the rest of my pals.  It all seemed innocent enough.  But then, after about ten minutes, I looked over at Paul again and saw three empty cocktail glasses on the bar in front of him.  Stupidly, I just assumed that other people had put their finished drinks in front of him.

Boy, was I wrong.

By the time we reached the strip club, Paul was already a total loss.  He was drunker than I’ve seen just about anybody.  At one point, things got even a bit scary.  He started to cross boundaries with some of the strippers, groping and grabbing at them to the point that they actually had to talk to security.  The manager of the club, while still wanting us to have a good time (read: spend all of our money), came up to my best man and me and told us that my entire party would get booted if we didn’t get our friend under control.  We hurriedly assigned one of my buddies to be on “Paul Watch” and make sure that he stayed as far away from the strippers as humanly possible.

In the end, he became far too unruly for us to handle. When he wasn’t slobbering all over himself, he was being belligerent and generally no fun to be around.  It got to the point where we needed to send him home.  Having driven himself to the club (of course) we couldn’t just let him get back into his car and leave.  Instead, we all had to pool all of our money – MY LAPDANCE MONEY – and get him a cab home.

So, with that in mind, I’ve come up with a couple of tips to help deal with that one guy who is bound and determined to ruin the night for everybody, including the bachelor:

THE NIGHT’S NOT ABOUT YOU

Maybe you think that the night should be about that the fact that your domineering wife hasn’t allowed you out of the house for the past five years.  And maybe you think that the night should be an excuse for you to blow off all that steam that’s been building up at work.  Or, maybe it’s just an all around good excuse to drink like a fish until you either pass out, throw-up, or both.  But in reality, what it’s really about – is the bachelor.  Make certain that everyone is aware of this fact and that they agree to that principle.

NO ONE SHOULD BE MORE DRUNK THAN THE GROOM

It’s a probably a good rule of thumb that, while everyone should eat, drink, and be merry – no one should be more inebriated than the guy that you’re having the party for!   That way, the chances will be better that there will be more people who can take care of the bachelor when he needs some help getting home.

ASSIGN YOUR OWN SECURITY

Just as we had our friend on “Paul Watch,” you should assign a member of your party (most likely the Best Man) who will make sure that none of your guests gets too out of hand.  There doesn’t need to be some big announcement that Big Brother is watching.  Just make sure that one of your non-drinking friends (c’mon, I’m sure there’s at least one) keeps an eye out for those who are.  Make sure they bring it to the best man’s attention if any of the party should get a little too deep in their cups.  Also, I recommend that it should be someone other than the best man, as they will be usually be too busy coordinating a multitude of other things and won’t be able give this subject the attention that it deserves.

HAVE AN EXIT STRATEGY

Should one of the guests get so drunk that they can’t drive themselves home, make sure that there is already a plan in place to take care of this.  Whether it’s a designated driver, a limo, or a taxi – it doesn’t matter.  You absolutely don’t want to make up a plan on the fly while you’re standing in the middle of the strip club. It will probably be too much of a distraction to the bachelor and take away from the fun that he should be having.

By the way, when I came back into work on the Monday after my bachelor party, I found Paul sitting at his desk with a set of enormous scrapes and scabs up and down the length one of his arms.  It looked like a major case of road rash.  Needless to say, I was bit curious and I pressed him for a reason.

“I don’t really know.  Last thing I remember, I was at your bachelor party ordering you a drink.  Next thing I know, I fell out of a cab while it was still moving and ended up walking home.”

Jesus Christ.  What an asshole. 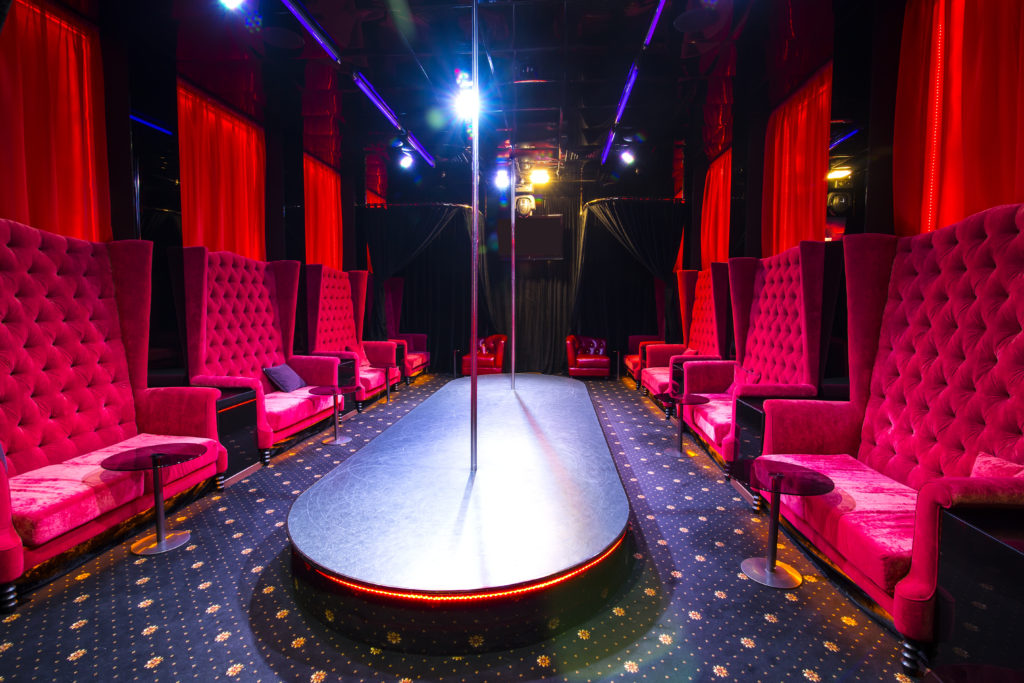